What Is the Name Above All Names?

on September 27, 2015
The Name of Jesus:
Another Biblical Proof that Jesus Christ was GOD in the Flesh
a guest post by Pastor Larry Lombardi

The Christian Gospel is powered by the Promised Savior and Redeemer who first was mentioned in Genesis chapter 3... and spoken of from that point on by the Jewish prophets -- over 300 highly specific prophecies which would be more than enough to identify the real Savior when He came.

He was called Jesus, because He would save the people from their sins. But this, at that time, was a very common name! But careful study will reveal that Jesus had many names and titles belonging to Him -- including one name that belongs to no one else.

Philippians 2:5-11 gives us the context for the Name of Jesus that proves He is God. Verses 9, 10 and 11 are the specific verses involved.

[9 Therefore God has highly exalted him and bestowed on him the name that is above every name,
10 so that at the name of Jesus every knee should bow, in heaven and on earth and under the earth,
11 and every tongue confess that Jesus Christ is Lord, to the glory of God the Father. (ESV)]

Jesus had divested Himself of what made Him eternal and everlasting God, leaving that with the Father and the Spirit so that He might be found in the form of a servant... in other words, that He might be born a human male, subject to natural life as all humans are.

This, by shared divine will, He did, and found Himself in the FORM of a man and fully dependent and subject to God (The Father and Spirit) as all men are. He humbled Himself in all obedience -- even to obey the call to die on the cross for sins.

Succeeding, He rose, as predicted, as He personally promised He would, and was seen by hundreds of people alive after death.

Ascending into Heaven -- Philippians 2 now informs us -- He receives back to Himself that which He had emptied Himself of to become human, which included being given (back) the Name Above All Names.

Even false Christian cults have to acknowledge that the only name this could be referring to would be Jehovah or the variant of the same name: Yahweh.

We know that this is the Name Above All Names rather than Jesus because the Biblical text points us to something in linguistics called: "The Genitive of Possession."

This is a name that Jesus possesses.

If the Greek Text was written in the form of "The Genitive of Identity,"  then the Name would be self-reflexive -- to tell us that the Name of Jesus being alluded to... is, in fact, "Jesus."

But it is not of identity here in Philippians chapter two. It is the Genitive of Possession. This tells us Jesus has another name, that He possesses a second name which is being referred to here.

It is the Name which is above all names that are named, whether in Heaven, or on earth, or in all that is under the earth... so that at that name that Jesus has (other than the name Jesus), every knee will bow and every tongue confess that Jesus Christ is Lord, to the glory of God the Father.

Being given the Name which is above all names "Yahweh/ Jehovah"... could not happen and could not by any means be right -- if that name had not previously and always belonged to Jesus as God. It is the Divine Name. Not any common name; only One Being may have this name, and it is God (all that is God... all that God is).

That Most Holy Name could not be given "to another"-- it could only belong to that which is "everlasting to everlasting." Psalm 90:2

It could only BELONG to Him "whose goings forth have been from of old, from everlasting." Micah 5:2 (KJV)

Thus Jesus must (already be and always have been) part of God so as to rightly receive back to Himself what He had emptied Himself of "for a little while," so as to purchase mankind back to Himself with physical but perfectly pure blood.

Successful, He returns to sit on the Throne of Heaven, takes again all that is His, as the Eternal Son, the Word of God who is with God and is God.

The Greek, through the linguistic term "Genitive of Possession" reveals to us the full reality that He who was known to the world as the male Jewish Carpenter-cum-Rabbi was in fact the Messiah, the Promised One, "God with us," our Redeemer.

At the mention of the name that belongs to Jesus, eternity future will find all beings everywhere dropping in worship to their knee and openly confessing the Eternal Truth... the Name that belongs to Jesus is the Divine Name above All Names. Yahweh-Jehovah, which identifies Him as a genuine intrinsic part of the One True Creator God who is the First and the Last, the Alpha and Omega, the Beginning and the End.

To Him belong the honor and the glory and the dominion forever and ever, Amen. 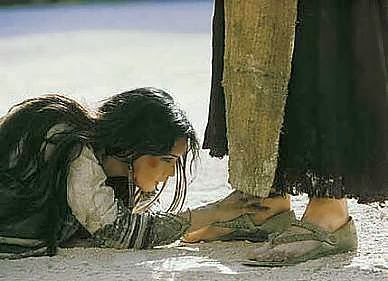 The Bible is so straightforward about the Deity of Christ that those who choose to deny it can only do so by utterly rejecting the Word of God. No one with an objective mind can read the text of the New Testament and come away with any other conclusion than that the Christ that it speaks of is divine.    A typical challenge from Muslims to Christians is to produce a verse in which Jesus categorically states, "I am God. Worship Me." We have already covered some of the places where Jesus says He is God in previous articles so, in this one, we will take a look at the many places in the Scriptures where Jesus is worshiped as God.   But first let us look at two reactions to worship as exhibited in the New Testament.    Luke relates what the Apostle Peter encountered when he visited the home of a Gentile: Acts 10 25 When Peter entered, Cornelius met him, fell at his feet, and worshiped him. 26 But Peter helped him up and said, “Stand up! I myself am also a man.” 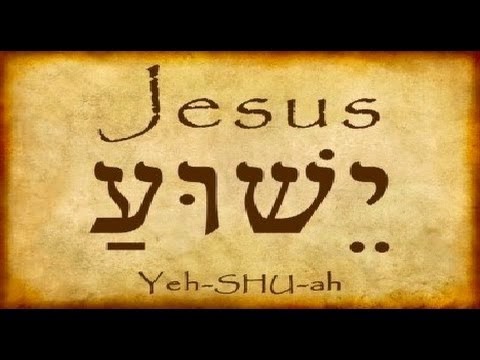 It has been pointed out in previous posts that Muslims seem enamored with the fact that the Lord Jesus Christ spoke Aramaic, primarily because they believe it proves that He worshiped their god, Allah. But the similarities between Aramaic, Hebrew and Arabic are only proof that they have the same Semitic roots and not much more.   But Muslims have not stopped claiming that Jesus never said He was God in the Bible, a fact which has been proven on this blog a (growing) number of times, and so this post is being written. In it we will combine Jesus' pronouncements of His deity with the Muslim love of Aramaic, albeit translated into easily comprehensible English.    We will do this simply by quoting the verses in which Jesus unabashedly proclaims that He is God using the translation known as the  Aramaic Bible in Plain English.   Let's begin with the Gospel of Matthew:     But Yeshua immediately spoke with them and he said, “Take heart; I AM THE LIVING GOD. Do not be 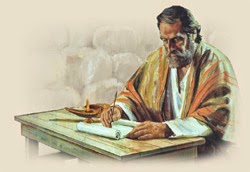 Is the claim correct that Paul wrote most of the New Testament?   Critics make this claim to try and support their assertion that Paul somehow hijacked Christianity away from the Mosaic Law and into his own "grace theology." But the answer about who wrote most of the NT is easy enough to come to. All we have to do is the math.   The information used below comes from the oldest sources we have: the Greek manuscripts of the New Testament. As you may know, the authors of the NT wrote in Koine Greek, which was the lingua franca of their day. The word numbers may vary slightly from source to source, but these are not going to change our final results.   So who are our Top Three writers?   The New Testament has a total of 138,020 Greek words in the Analytical Greek New Testament (AGNT).    Of those 138,020 words, the most prolific writers of the New Testament were:    Author    Books                   # of Words        % of NT        Luke     Gospel of Luke         37